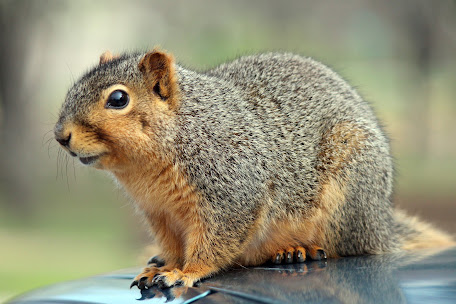 I’ve heard about people who have had things happen to them spiritually, that is seemingly instantaneous. But for me, I don’t think this was it. Taking a step out, even in desperation is a step nonetheless.

And it’s continued steps I have gradually started to work on. The first one I think is talking. I’m an introvert, so verbalizing with people generally tends to tire me out, so much so I might need to go for a nap after being somewhere for a conversation (so, in all honesty, I rarely do such things).

I would call my awakening as one that is in baby steps. I have a little foundation in God, the Bible and even the Church, but not a whole lot. I have enough to get by, as long as I don’t have to recite a whole lot of scripture.

After I dropped the weight off my shoulders, I started to talk to God, or perhaps it was more the Holy Spirit to whom I was talking to. Either way, Elohim (all of Him, part of Him, I wasn’t sure), I started a dialogue, particularly when I started to notice my thoughts going south (not necessarily for suicide, but just brooding, or getting frustrated again) and I would talk to him, or focus on something He made (like the squirrels who try to play Chicken with the vehicle I drive for a living).  Sure, I didn’t seem to get a response in verbal form, but my mood would lift. Someone reading this might say I’m merely changing my thought patterns and they would be right, but it takes effort. And essentially, what I was beginning to do was starting to form a relationship. Incidentally, that takes effort too.

I must say it was the red squirrels I first really started to notice. I had always thought they were cute.

One day, I was given an extra task at work and normally I would complete those at the end of my own job, but I decided to do it in the middle of mine. It put me in the path of a squirrel who I saw in a ditch who appeared to be in some form of distress. I slowly approached it and it tried to move, but its back legs weren’t working. It was a hot day. I saw how pathetic it looked and I could see the dogs up the street. I tried calling Animal Control advising I had an injured animal. But they weren’t in the habit of dealing with wildlife. They gave me another number. I called it and received an answering machine asking me to leave a message. I did, but had no expectation of receiving a call back. A guy came out of his house and I asked if he had a box and explained the situation. He gave me a massive TV box. Frustrated, I said, “don’t worry about it.” Wrong shape, size. It seemed like only I cared about the plight of this furry little rodent. I knew if left, it would be attacked by wild animals, or a cat using it as a plaything and didn’t want it to suffer anymore. It might have been nature, but if a car had hit it, nature didn’t make the car. I didn’t have the heart to try and kill it by my own force. I wanted it euthanized to stop its suffering.

In desperation, I grabbed my rain jacket, a big tub I used for work, and asked God not to let it bite me as I covered it with the jacket and placed it in the big tub. I then made my way to the nearest  vet clinic, but the veterinarian was in surgery and it appeared nobody wanted to mess with wildlife. I was in tears and said I will pay for the vet to put the animal down. They asked, “You would pay?” “Yes, I cannot stand to see it suffer, or be carried off by animals being completely helpless. ” They still couldn’t help, but when I asked for a container and some water because it was hot in my vehicle, they complied.

I carried on with my job and a half paralyzed squirrel in the back of my rather warm vehicle. Distressed, I called on God, asking him to do something.

About twenty minutes after I had left the vet’s office, I received a phone call. It was the Wildlife Preservation of Kansas. The outfit I had left a message for. They asked where I was and that they’d been to the location where I had first found the squirrel. I told them I had the squirrel with me. When they reached me and first tried to transfer it to a box, it bit them. I found this curious. I have no animal handling experience.

I thanked them profusely for coming to pick up this animal, as all I wanted was for it to be humanely put to sleep.

I believe that I was meant to change my course that day to find that squirrel. I had to look down and back to really notice it. It was in a deep gutter that wasn’t concrete, but grass and stone. I may not have noticed it.

In sheer desperation and feeling compassion and distress for the animal (another living being) I called out to help from our Creator, and while I initially wasn’t sure I would get it, since so many seemed disinterested, God cared. Because someone got back to me.

I may not know the exact fate of that squirrel that day, but it gave me an even deeper appreciation for these playful and often flighty animals. We now have a squirrel feeder at home and two of the five that feed there have put on much needed weight to weather the coming winter.

What I learned that day is God does answer a cry for help and that even the smallest of animals are not insignificant to Him. No matter how small and insignificant you may feel at times, God hears you.