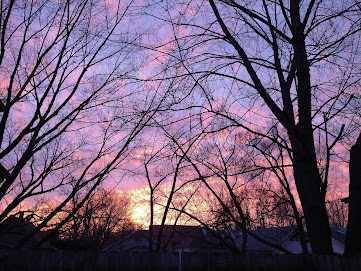 A diversion from what I’m writing, to some degree.

It’s been suggested I read Pilgrim’s Progress, by Bunyan. I get the gist that story, written in poem form is about someone moving from the land of destruction (Earth and our present life) toward Eternity and essentially our quest to go home.  Without having read it, here’s my take on what I’ve heard about it.

None of us truly belong here. This is not the final destination. This life, is merely a road we are on. Our body is the vehicle. But who is driving it? We are inundated with advertising, social media, television, movies, video games, text messages, direct mailings. We are completely inundated with distraction and coercion. Buy that, do this, eat that, wear this, succeed in that, vote for them, hate the other crowd.

To put it into a perspective that is easily understood. I write in the midst of the second or third great wave of SARS CoV-2. (COVID-19). By now, vaccines are available in most countries, but calling them vaccines is probably a bit of a stretch. I won’t get into that at this point, except to say, “remember Tamiflu?” Whether you are pro or anti-vaccine, or on the fence for safety reasons, you are being inundated by the news, the radio, social media, politicians, store advertisements, emails, text messages, phone calls, maybe even by doctors on whether you should or should not receive a shot in the arm. Regardless of what vaccine status camp you sit in, surely you can see the mass marketing campaign that is going on? Whether you’re fully-vaxxed and boosted, partially, or completely unvaxxed, you would have to live with a troll under a bridge in another universe to not be aware that the media push to vaccinate, in whatever country you reside. And they wish to demonise anyone who is not, or is against the idea for mandates (regardless of safety reasons for not being vaccinated).

Now, go back to what I just mentioned before that. The part about all the influences we get in our lives about how to act, who to be, etc, etc. Are you sure that you are driving your vehicle? Or is someone else? Are the marketing kings lording over your life, telling you that you must have that latest pair of Nikes, or that fancy car that you really can’t afford? How’s that Paleo, Mediterranean, Gluten-Free,  Raw Food diet going?

The advertising on proprietary giants, Apple, has been a huge success. Many people don’t bat an eyelid before parting with $1000 or more on a computer with a tiny screen and a keyboard (on screen) you can only type on with one or two fingers at a time. Cellphone companies will even give you a special deal, if you sign up for a plan, and sometimes they’ll throw in a second phone, for “free”. Oddly, Apple isn’t the best phone or computer company on the market. But their brand indicates creativity, intelligence and affluence. Why? Because with your help, the company made it so. Their prices, their oddly non-conforming ways (with relation to the others in the game) mean you have to have proprietary cords and mice, where as even Linux isn’t even that fussy. Oh, and that’s Open Software, so if you’re running Linux, you’re either smart, tech-savvy, patient, or like to be able to customise what you’re using (or perhaps you don’t like the status quo). And nobody is being paid to say that – it’s just reality.

So, in light of say Apple or Microsoft (as the major Operating Systems), let’s consider Linux as the outlier. Most computers do not come with Linux. It’s something you either install as part of a home built computer system, or you wipe your existing computer hard drive and install it and customise it yourself. It sure seems like a lot of work! And maybe it takes a bit of effort to tweak everything to working as good as, or better than the typical operating systems.

Being Born again is a bit like choosing to install Linux over the other program offerings. You are way more familiar with PC or Mac (or even Chrome these days), but no matter what you do, they always fail you. Linux is something that will only need fixed, if the operator (you) needs fixed. Installing and running Linux on your machine requires some reading, watching, time, patience and tweaking. And not every website or app is going to work on it (that’s code for some people aren’t going to like you for it). Actually, many won’t, but some have work-arounds, like Virtual Machine. So to change your operating system requires a great deal of care and thought. You have to learn it and learn to understand it. But given all the pre-programming and junk software your machine (vehicle) has already been corrupted with, having a clean out and a fresh install with something not containing bloatware, or proprietary gimmicks probably isn’t a bad idea. And just like Linux, accepting Jesus Christ starts a transformation that occurs from within.  Others aren’t always aware that you’re changing, but you know something is happening. As time goes on, your system tends to crash less. There is no more Blue Screen of Death, and the journey, while not necessarily easier, becomes more tolerable, and strangely, it actually makes a bit more sense.

What I am learning within this part of my journey (which again, is in its infancy), is that the transformation is certainly not overnight (nobody said it was, did they?). I’m a work in progress and I have to be a conscious participant, or this will be a one-sided relationship, with God just waiting, and me doing anything but trying to find out what He has in store. I also need to continue working on my programming, or I will stagnate and this friendship will be one of those things that fizzles. Life offers baggage and sometimes we are better at dealing with some situations over others. When we find out we aren’t so good in some situations, that is one area we need to work on, or seek His wisdom in how to change either the situation, or the approach / method. It’s kind of like getting a software update, because now you’re well past the old version.

As I begin a new journey (embarking on a Spiritual Awakening with my new friend, the Holy Spirit) and make a bunch of connections between seemingly unrelated things, maybe you’ll be able to start to make sense of those connections too? Being pilgrims in a strange land really isn’t that big of a leap. Everything you think you know, isn’t an illusion, but it’s just so very temporary and our field of vision has been marred significantly by the original sin and then our refusal (denial) to believe it even occurred at all.

I still haven’t read the book yet… will get there.