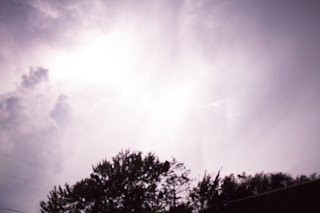 It’s hard to explain exactly how to start this, except to say that I’m in the throws of a spiritual awakening. My mother says that I’ve had one, but I say, no, I’m still waking.

Three and a half years ago I attempted suicide. Twice. Ever since, it has been a struggle to motivate myself not to complete the task. Once you complete steps to cross that threshold, it’s easier to want to do it again. With the epidemic becoming pandemic, my 8-years-in-the-planning trip overseas being canceled, it was hard to contain the rage growing inside me. A simple request by public health experts around the world was: stay put. If we all do it, we’ll burn this thing out and life goes back to normal. A bare  blip on the radar in the annals of history. But no, we couldn’t be told what to do because everyone complained, “I’ve got rights!”

I became angry. Short-fused, less patient. I’m normally a pretty patient person. And then one day while working, I said to God, “your shoulders are bigger than mine. I can’t handle this anymore”.

I was fearing I might never see my parents before they die and frustrated at these stupid humans who seem to know it all (and tell me they’ve done research and think they know better than people who have been studying disease and infectious disease surveillance for years and have made said research their life’s purpose).

So, in the midst of this angry frustrated raging grizzle going on in my mind, I said, “God, your shoulders are bigger than mine. Please though, let me see my parents before they die. ” And then I trusted it would be so. The moment I did that, and yes, I did verbalise it, I think (it was several months ago in the summer of 2021) my mood improved, my rage was gone, and my shoulders actually felt lighter.

After that little plea and cry, I then I started to talk to God about how if this is even a tiniest fraction of the frustration He feels at us humans at times, well, I can certainly understand. And realizing that the only reason He puts up with us despite all of what we put Him through, is because He loves us. It’s like this frustrating mind-bending family that you hear about that keep screwing up, but you love each other anyway. At the time it was an odd thing, for me to ask God (if he was listening, or, actually even still there) to take away this burden of emotion. But you know what? It worked. He was there. Is there. And so that began a habit whereby I started to focus on God, if my mood started to go south.

Now, up to this point, I don’t think I’d ever really felt God, or sensed much in the way of “God”, but I felt the effect of simply asking, in sheer frustration and then putting some trust there.

One might have thought that I’d already given up, considering my suicide attempts.  But, I had been looking and dropping comments about, things like: “if this is all there is, what’s the point? What’s the point in working, suffering,, learning and then dying. What’s the point? Why bother? And even during the summer of 2021, I was still asking some of the same questions.

But I had started to remember the little girl in me, untarnished by adult logic and reasoning, who believed in a creator who made every mountain and beautiful thing that reached my retina.

May this small encounter serve as a reminder for others who have been to the brink of death, even if by their own hand. No matter how dark it is right now, you can still find your way back.