Many Christians aren’t aware, or try to ignore the ongoing war raging on in the unseen realm and in our daily lives. But Jesus didn’t tell us to ignore or disbelieve Satan’s existence. He told us to “Resist the devil and he will flee” (James 4:7).

After recommitting my life, I have had both the taste of healing, but also the wrath of the enemy as he has used a household member to attack me in non-physical and subtle ways, but ways I can see (I’m not that sensitive and will at first try to give an earthly explanation to unusual behaviour). Satan doesn’t like to lose a soul (in this case, it was me) and I now pose a threat to other claims he has likely made. I didn’t realize that when I recommitted my life to Christ, I’d be entering the spiritual battlefield so soon.

I probably didn’t really expect to be going there at all, to be completely honest. I thought those days were basically gone.

When I was a teen, I was subject to several attacks and some of those manifested in a way that were audible and tangible to not only myself, but my mother and sometimes others. So, it’s not my first time being exposed to the not-so-nice spiritual realm (being a Christian isn’t all harps and halos – it means sacrifice and effort). Some are called to spiritual warfare and some, not so much.

The kicker in my spiritual walk is that at this time I haven’t picked a church yet (we’re in a pandemic and God told me to use my brain – the one he imparted common sense into!). So everything has to be carefully and methodically gone over to ensure that I do not make mistakes in my spiritual battles. Fortunately, I have the discernment of the Holy Spirit, the Word of God (the Bible), the Spiritual Armor for battle (Ephesians 6-10), the authority through the name of Jesus Christ (Matthew 10:6) and a trusted friend with experience in such matters and still has a relevant library I can borrow from for a much needed refresher.

Why do Christians accept there is Heaven without accepting that Satan and Hell are real? If he wasn’t real, then Jesus coming to save us wouldn’t have been necessary. So then I’d be asking if you even believe in Jesus, because He spoke about Satan and named him, and mentioned demons, on more than one occasion! There would have probably been no original sin without the devil, or it would have taken a lot longer for us to get there. 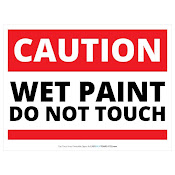 You’ve seen the wet paint sign, but is that sign still current, or is the sign old and the paint now dry and safe to touch?. By omitting the existence of the devil and his demons, you place doubt in the Word of God and even doubt Jesus’ teachings. And yet, it’s all right there – in the Bible. Old and New Testaments, no matter which version you’re reading.

So if we are to resist the devil, that doesn’t mean placate him. It doesn’t mean to put up with him. It doesn’t mean to make excuses for him. It means to resist him. Resistance means to be an adversary. If he’s operating in our lives, we need to kick him out! And yes, sometimes that takes time and making specific personal changes in the way you conduct yourself, who you hang out with, where you go, what you listen to, who you listen to, what you surround yourself with. It may take the breaking of a habit. Throwing out occult items, distancing yourself from specific friends and working on your own thought patterns. Part of that is where I’m at in my own life. I’ve got some changes to still make. (Habits.) We also need to make sure we forgive people, just as we have been forgiven for everything, by our Lord God.

So, the Devil exists. And yes, Christians can have demons too. No, it doesn’t make us possessed. It makes us demonised (to suffer an affliction). The old saying that the devil’s greatest deception was fooling the world he didn’t exist…the saying is actually pretty on point. What’s even worse is that such a saying exists and yet people don’t give it much thought. (No, the phrase is not biblical, but it’s still applicable).

The closest many have probably come to truly understanding what spiritual warfare is, is by watching the Exorcist or some movie along those lines. It’s very religious in nature and relies on holy water , crucifixes and Latin. However, spiritual warfare relies on faith and the Word of God. But yes, there is some truth to the movie if you can get past the spinning heads and theatrics. However, viewing this movie is not recommended, nor necessary. Knowing your scripture, knowing the promises that you have been given, knowing you have been given authority in Jesus’ name and of course having faith are key. You also cannot do this if you are not saved, because technically, the devil still has legal rights to your soul. By legal, I mean he has authority over you because you haven’t yielded your authority to Jesus Christ, by repenting, asking Him into your heart to be Lord of your life and then seeking to be like him. When Jesus is not your Lord, the devil has legal rights.

As was pointed out (very clearly and succinctly) in Kathryn McBride’s book, “A Warrior’s Prayerbook”, Satan had to ask permission to afflict Job. Job was a man of God. And as poignantly noted, if Satan didn’t need permission to attack believers, we’d most likely all be dead. Because we are the enemy. He hates us.

There are quite a few books on the topic of spiritual warfare, and they are sorely needed because this is not a discussion you usually hear in church, nor is it really taught in a sermon as it takes more than a sermon to fully grasp what you are getting into. But if you, a prayer or church group are venturing down this path and you seek assistance from a non-Biblical source (even if it purports to be Christian), I do recommend you be sure to pray about supplemental information, and weight it up against what is said in the Bible. If it doesn’t stack up, it could be a whole lot of trouble and I’d recommend finding something else.

If the Holy Spirit is guiding you, He will show you how to deal with these things, or if you need help in doing so. Above all else, read Ephesians. The spiritual Armor is mentioned and I have a prayer under the prayer section which you can read out loud. So even if you’re not able to deal with a demonic situation yourself, you can at least don the Armor and ask God to surround you with his warring angels to protect you from attack.

Once you are Born Again, you are a new creature (2 Corinthians 5:17) and anything from your last life, no matter how ‘good’ you think you might have been, could be overstaying its welcome. I’ll no doubt delve further into this topic later. I’ve not gone too deep because it’s a major subject in its own right and a little information can be dangerous for a newcomer.

A final, but really important remark to make is that you should never try delivering a demon from an unsaved person and if you’re unsaved, never attempt it either, because you don’t have authority!  The Holy Spirit needs to fill the vacancies the demon/s leave and if He (the Holy Spirit) hasn’t already got a place in that person’s heart, then sure the demons might leave. But there’s nothing to stop them from returning with more! Thereby making the problem far worse. But don’t take my word for it! An example is illustrated in Acts 19:13-16 (Amplified version provided).

13:Then some of the traveling Jewish  exorcists also attempted to call the name of the Lord Jesus over those who had evil spirits, saying, “I implore you and solemnly command you by the Jesus whom Paul preaches!”.

14: Seven sons of one [named] Sceva, a Jewish chief priest, were doing this.

15: But the evil spirit retorted, “I know and recognize and acknowledge Jesus, and I know about Paul, but as for you, who are you?”

16: Then the man, in whom was the evil spirit, leaped on them and subdued all of them and overpowered them, so that they ran out of that house [in terror, stripped] naked and wounded.

Get Ready - Journal The Awakening Uncategorized

Mark of the beast is not the vaccine